This is the Beginning: The Truth about Human Trafficking

Human trafficking sounds like something far away, but it’s actually happening all over the United States. That likely sounds pretty scary if you are a parent or caregiver of a little one. It is true that very young children can be trafficked in many ways. As we explore the issue of human trafficking, we also want to share with you that the conversations you have with your child now can help keep them safe from human trafficking for the rest of their lives.

Human trafficking is a term that is often exchanged with the term “modern day slavery.” Take a look at these two stories.

First, a teenage girl is forced to work for a family at all hours. The husband of the house threatens her sexually and beats her. When she tries to get married, he forces her to stay. She was in constant fear of abuse and eventually ran away.

Second, a teenage boy is desperate for food for his family. He agrees to help sell things on the streets with the promise of food and a small amount of money. Only, he is never paid and frequently goes without food while working up to 12 hours at a time.

There are laws that are here to help us understand what the crime of human trafficking is and who is a victim.

is any form of commercial sex that someone is induced to commit through force, fraud, or coercion. That could include, for instance, prostitution, striping, escorting, or live webcamming. To be considered a victim of sex trafficking as an adult, they must prove they exchanged sex for something of value (money, drugs, place to stay, transportation, food, protection, etc.) through means of force, fraud, or coercion. Here is something very important to know: any child (anyone under the age of 18) involved in any form of commercial sex is automatically a victim of sex trafficking under federal law, regardless of the presence of force, fraud, or coercion.

So, what do we mean by “force, fraud, and coercion?”

can include, but is not limited to, kidnapping, drugging, physical assault, assault with a weapon, or sexual assault.

can include, but is not limited to, tricking the victim into believe that the trafficker loves her/him, telling the victim s/he is going to be a model or a star, offering to provide, or basic needs without explaining the true intention or what is required in return.

What would make a child VULNERABLE toward human trafficking?

Challenge what you see and read

Have you seen that movie, Taken? Well, in the movie a teenage girl is trafficked after being kidnapped by a violent trafficker who grabs her out of her fancy apartment in Paris. The misconception that most child victims of human trafficking, especially sex trafficking, are kidnapped is misleading and confusing. In reality, most children are trafficked by someone they know or someone who they think is there to love and protect them.

What are some signs that a child might be at risk or experiencing human trafficking?

The below list is not exhaustive. What you are looking for when determining if a child is at risk or experiencing human trafficking is likely a combination of these factors. You may notice this in a child at school, the playground, or even as one of your child’s friends.

There is a difference between sex trafficking and commercial sexual exploitation. Here it is:

Sex trafficking involves a trafficker (pimp) who is exploiting someone for profit using force, fraud, or coercion.

You should know these facts, too.

1.Any girl or boy can be trafficked and any rumors or knowledge of their past sexual history does not mean they can’t be a victim of sex trafficking.

2. The definition of trafficking does not require transportation, although travel may be involved in the crime. Sex trafficking is more accurately described as “compelled service” where an individual will is induced by force, fraud, or coercion.

3. Trafficking can happen in any country, including the United States. The federal definition of trafficking includes both U.S citizens and foreign nationals, both of whom are protected under the law. Trafficking happens at the fault lines of vulnerability and profit. It targets those most at risk.

4. Anyone can be a victim of sex trafficking regardless of race, class, gender, ability, or sexual orientation. Traffickers choose their victims based on vulnerability.

5. Even if a child under the age of 18 says they wanted or needed to sell sex, it is still not legal. No one under 18 can legally be held responsible for being bought for commercial sex. That is the law. Even if they do give consent, one’s initial consent to provide sex is no longer relevant once force, fraud, or coercion is used.

6. The legal definition of trafficking does not require physical restraint, bodily harm, or physical force. Psychological means of control, such as threats, or abuse of the legal process are sufficient elements of the crime. In fact, they are very commonly the main way someone is trafficked.

7. Victims of trafficking often do not immediately ask for help. Most survivors do not see their situation as exploitation. They often feel to blame or are scared.

That is why we must meet them where they are, without judgement.

Free to Be Intro
Prev 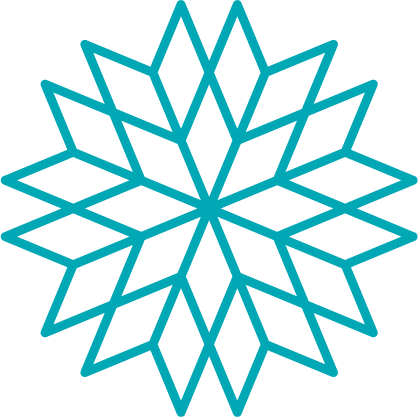